Our programme sec, Ann, had used her networking skills to organise a visit by Amanda Hannaford. Amanda’s travel expenses from Cornwall may be prohibitive for smaller Guilds so Leek, Stratford and North Cheshire had shared the cost and Amanda had made visiting the different Guilds part of her holiday.  We were able to hire the delightful village hall in Dunham on the Hill (a lovely, rural setting but an easy journey from the M56) and with the aid of Judy,Liz, Margaret and Karen for accommodation and victuals all was prepared for an intriguing talk and workshop.

The day began with ‘Whorls around the World’ featuring Amanda’s immense collection of spindle whorls.  What an enormous variety: some spindles have integrated whorls in various shapes, whorls may be located top, middle or bottom of the spindle with different sizes, shapes and weights depending on the fibre being spun. 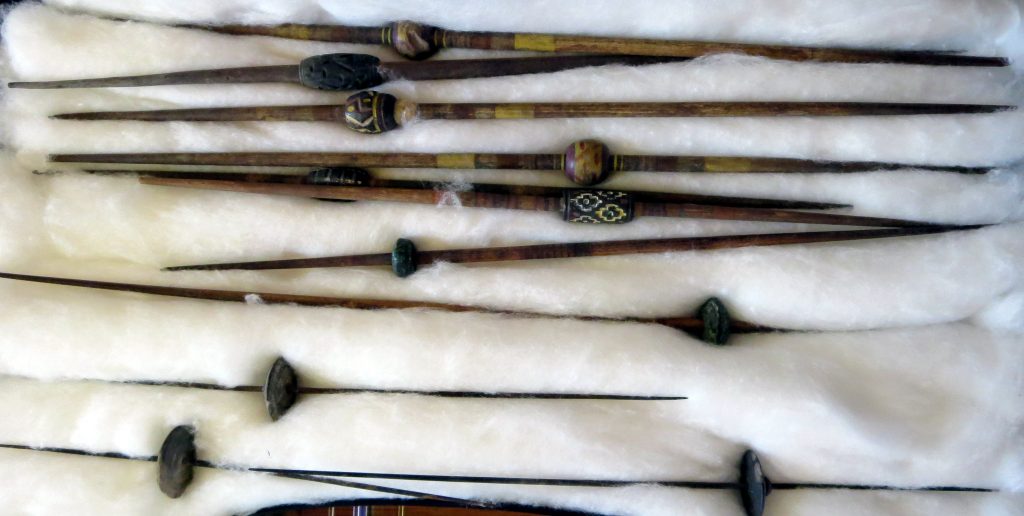 As well an an enormous assortment of shapes the whorls were made from many materials: clay (both glazed and unglazed), lead, copper, bronze,ivory, stone, glass, shells, fossils, wood and iron.  To add even more variety they could be decorated, carved and etched to produce intricate patterns. 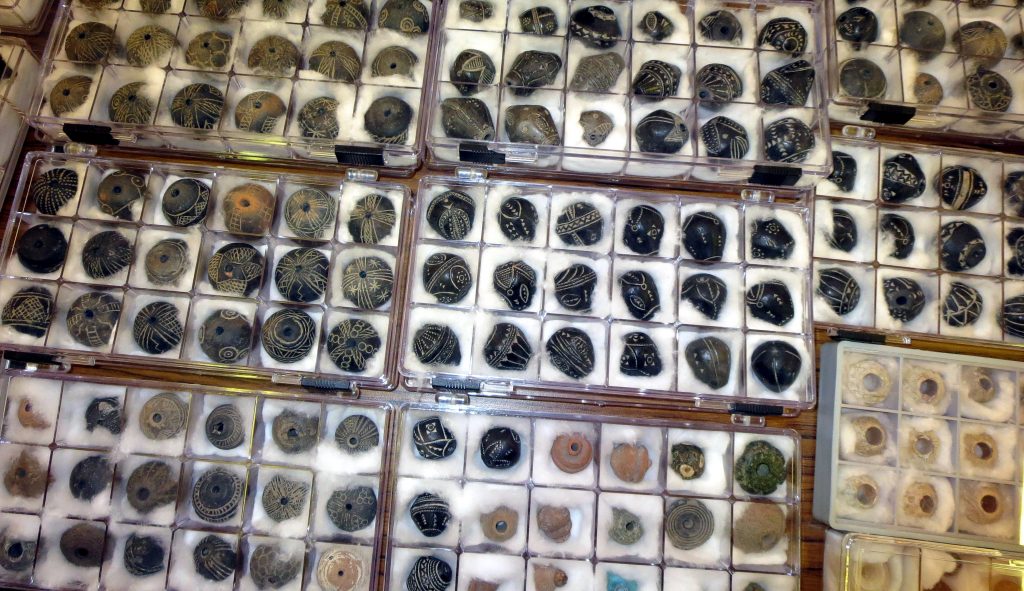 The fact that every centimetre of fibre needed for household items, hunting equipment and clothing had to be produce by the user needs to be considered when attempting to age the craft of spindle spinning.  Amanda cited an example of evidence from 3000 BCE from Bronze Age Anatolia.  This evidence was a drawing thought to represent spinning.  Archaeologists haven’t always recognised whorls when examining ancient burials, they have been thought to be beads.  It is perfectly possible that spindle spinning dates back to Stone Age.  There are many BCE examples of whorls from cultures in Central and South America.

An examination of the Venus de Milo’s musculature has revealed that she may well have been spinning!

Supported spindles continue to rest with the tip on one’s thigh, on the ground, on a table, or in a small bowl while rotating. Supported spindles come in a great variety of sizes, such as the very large, ~30″ Navajo spindle, the small, extremely fast, metal takli for spinning cotton, and the tiniest Orenburg spindles (~20 cm, 15gm) for spinning gossamer lace yarns. 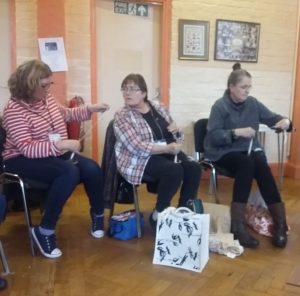 Our next meeting is on July 23rd, 2022
This will now be a members; day with a chance to share ideas, discuss projects and resolve problems.

Visitors welcome (£5 fee) or consider becoming a member for our remaining four meetings for £12.